Thank you all for coming out to the last race of the WhyJustRun series, despite the rough weather conditions (light rain and +3 degrees C).

The masses took off at 10:19 local time. Leading up to the race, a lot of media attention was directed at the much anticipated Gilles Delmee/Graeme Rennie duel. The race proved to be a battle bettween national team member Rennie's west-coast navigation skills and Delmee's advanced European orienteering techniques. Rennie took an early lead with quick thinking out of the start. Gilles on the otherhand made some small mistakes and had to run extra hard to catch up. After one lap, Graeme had a 1:30 lead over the chasing group lead by Paolo Alvear, containing also Louise, and Russell. Gilles followed 2:28 back. 30 seconds later, another pack came thundering through the event arena, containing the second woman Catherine Hoofd, as well as Christoph Rufenacht, and Ted de St. Croix.

Graeme continued his outstanding navigation on the second loop and headed out on the 3rd loop with a clear lead. Meanwhile Gilles had picked up his game and passed the chasing-trio. Chasing-trio had now disintegrated, and Catherine -- with a fast second loop -- almost established contact with the lead woman.

Despite a small blunder on the 10th leg, Graeme held on to the lead and secured a WhyJustRun victory. Gilles came in second -- He was last seen heading out to train for next year's WJR-White Rock. Louise ran the last loop by herself and finished 3rd. Meanwhile excitement was brewing as a newly formed trio prepared for a mass sprint to the finish: Orienteering-star Ted de St. Croix had the strongest legs, and finished 6s ahead of Christoph, and 14s ahead of Catherine.

Also of interest was the annual Muma/Porter White Rock Showdown. Last year's showdown was won by Russell by just over a minute. Scott chose a different strategy this year and started early, before the mass start. For a long time it looked like Scott had this one in the bag, with a commanding win of 30 seconds. However, due to some clock synchronization problems with the start unit, the results were recomputed and to the amazement of the organizers, there was a tie (luckily we are using electronic timing, instead of the older pin-punch system, which likely would have resulted in a situation much like the "hanging chad" fiasko of 2000). Next year we will have to bring out start gate triggers and finish photo technology.

Thanks to everyone for coming out. Thanks also to the two groups of cadets that came out and posted impressive times on the challenging courses. Thanks to Margo and Chris for helping with equipment, Margo and Karen for registration, and John, Karen, and Gilles for control pickup.

Please let Thomas know of any errors in the results.

GVOC invites everyone to the last WhyJustRun orienteering event of 2012! The event has traditionally taken place in White Rock/South Surrey and this year we will run at Sunnyside park.

Format: Participants on the Kids and Sport course start individually from 10am and onward. Like last year, there will be a multi-loop course for the Expert course, with a mass-start at 10:15am. Each runner will run three loops. Controls are visited in different orders, so be aware that those near you may not be going to the same control as you. The course stays exclusively in the forested part. Individual starts are also possible on the Expert course. Registration for all courses opens at 9:30am on Sunday.

Terrain description: Sunnyside park features a dense mountain bike trail network, with thick vegetation between the trails. In places, the trails are so intricate that even experienced orienteers must walk to keep up with the navigation. This area is one of the more interesting maps we have, so don't miss the opportunity to run here!

Directions: Park by the Sunnyside hockey arena just north of 20th Avenue and west of 148th Street in Surrey. From Vancouver, take exit 8A on Hwy 99 onto westbound 32nd avenue. This turns into southbound 148th street. Turn right (west) off 148th onto 24th avenue. Turn left (south) at the first interesction to enter the park. Follow signs for parking.

Pre-registration: Please sign up here before Saturday at noon so that we can print enough maps. 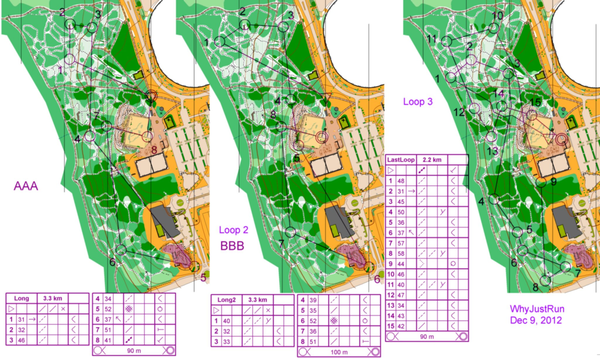 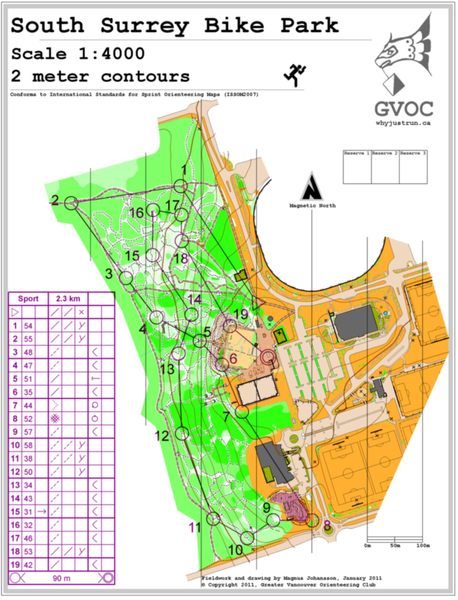 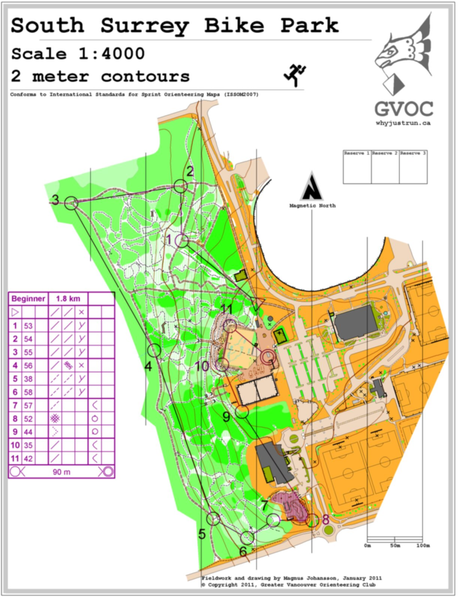 Photos are from Flickr. To add your photos to this section, tag your Flickr photos with: whyjustrun753 (all one word)